Name Dropping, and tying beyond your skill level

Disclaimer: I teach all around Australasia and have done for many years, and I have people on here, Facebook & Instagram that I watch all around the world. So if you think this is about you, it probably isn’t, however I would encourage you to look inside yourself and ask why you think it might be!

I often wonder if people think they live in a bubble (not a Covid one), where they can go around and use someone’s name (or a group’s name) as a justification for their skills, as a “see I’m safe because I’m learning/have learned from so-and-so or at such-and-such a place”. And do they honestly believe that the people/groups who are being referred to won’t hear about it?

Or, “I can teach you this because I’ve learned from {insert big name here}” when in reality they haven’t even begun to scratch the surface of their craft.

Then they tie (or in some cases, teach) well above their skill level, they create dangerous ties, and the people who are watching think…

“Doesn’t that person learn from so-and-so/that group? Gosh, the teaching standards have dropped. Maybe we shouldn’t go there to learn??”

When you identify yourself with a particular group, or a particular teacher, in order to justify your skill level, YOU IMMEDIATELY PUT YOURSELF UP AS AN EXAMPLE OF YOUR TEACHER’S SKILLS. AND PEOPLE JUDGE YOUR TEACHER/ROPE GROUP BASED ON WHAT THEY SEE.

When you, who are but a beginner, only learning the basics, who hasn’t even begun to scratch the surface of the Craft, who has only ever been taught floor rope skills or extremely basic partial suspension work, go out to another venue and do, and/or put up photo’s on social media (maybe from your play at home) of suspension ties that are downright dangerous, are out of the stratosphere in comparison to your skill level, if you are name-dropping a teacher or a rope group regularly, YOU IMMEDIATELY BRING YOUR TEACHERS/ROPE GROUP INTO DISREPUTE.

If you have learned some things from a particular school, maybe you’ve graduated from a particular basics class in that school but haven’t yet started learning in the next class level up, YOU SHOULDN’T BE ADVERTISING YOURSELF AS A STUDENT OF THE HIGHER LEVEL TO JUSTIFY YOUR ATTEMPTS TO TEACH SKILLS THAT YOU ARE NOT QUALIFIED TO TEACH!

These are quite literally the most disrespectful things you can do to your teachers, or to your friends at your rope group.

Your teachers aren’t the Rope Police, but they are entirely justified to ensure their name and reputation is not brought down by you. By you, who says “I am learning from so-and-so”, but then does things that so-and-so never taught you…but no one else knows that.

So don’t be surprised when those teachers, or that rope group, stop teaching you, or ask you not to attend any more.

Your actions, your consequences.

PS. Flip side for rope bottoms, if someone is saying they want to tie with you, and are using a particular name as their justification…check with that named person BEFORE you decide to tie! 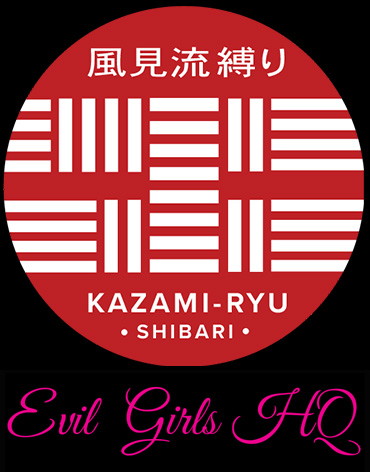